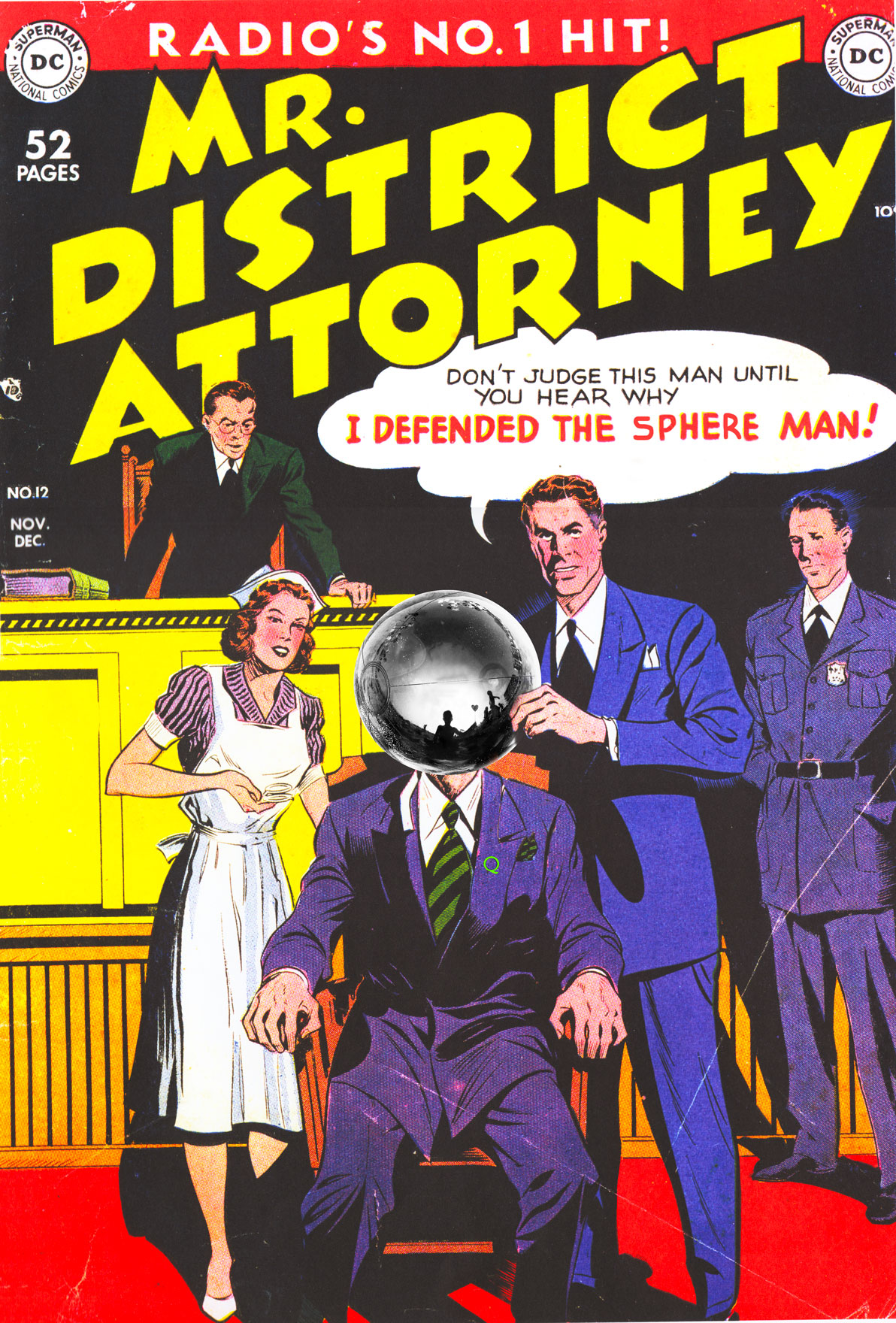 Mr. District Attorney #12
Cover Date: November-December 1950 Cover Artist: Howard Purcell
From 1939 to 1952, radio listeners across America thrilled to the exploits of an unnamed crusading D.A. known only as “Mr. District Attorney,” or “The Chief.” Modeled in part on New York Governor Thomas Dewey, the onetime rackets-busting Manhattan D. A., Mr. District Attorney didn’t just prosecute crimes—he solved mys-teries, relentlessly hunted down criminals, and meted out his own brand of two-fisted justice. In 1948, DC gave the character his own comic. It would live on for eleven years, long past the cancellation of the original radio show and a short-lived television adaptation. Supplying much of the interior art and many of the striking cov-ers for the series was Howard Purcell, better known to that point for drawing quasi-supernatural characters like Sargon the Sorceror and the Golden Age Green Lantern. His cover image for Mr. District Attorney #12 is a pre-cursor of sorts to the many monkey- and gorilla-themed covers that would prove popular for the rest of the decade (see pages 63-64). 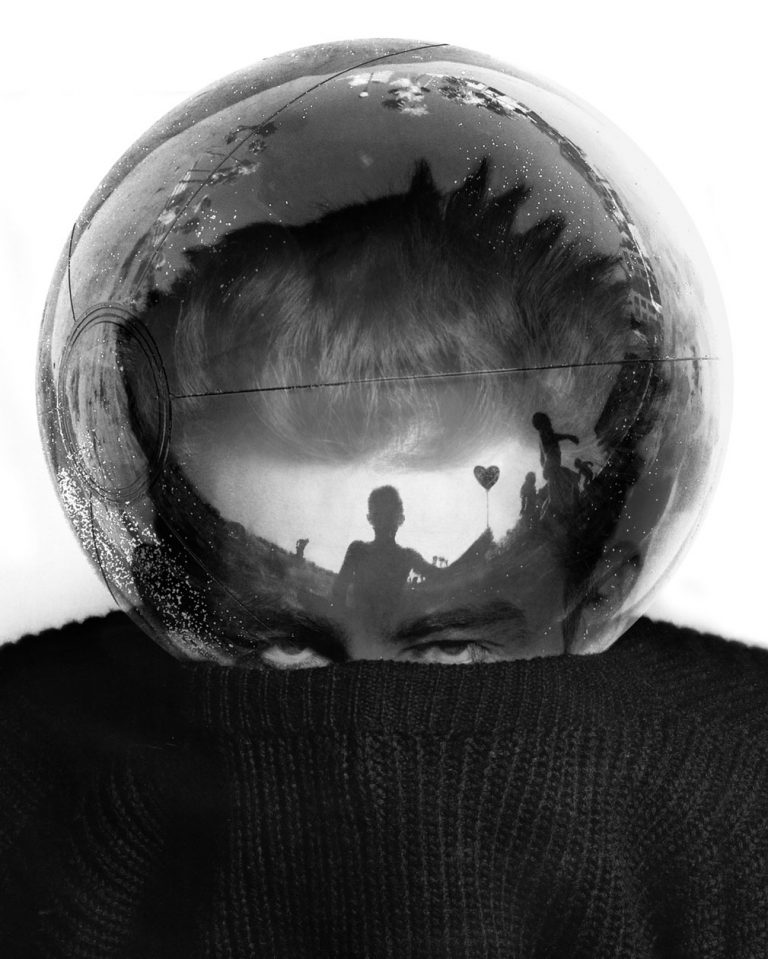 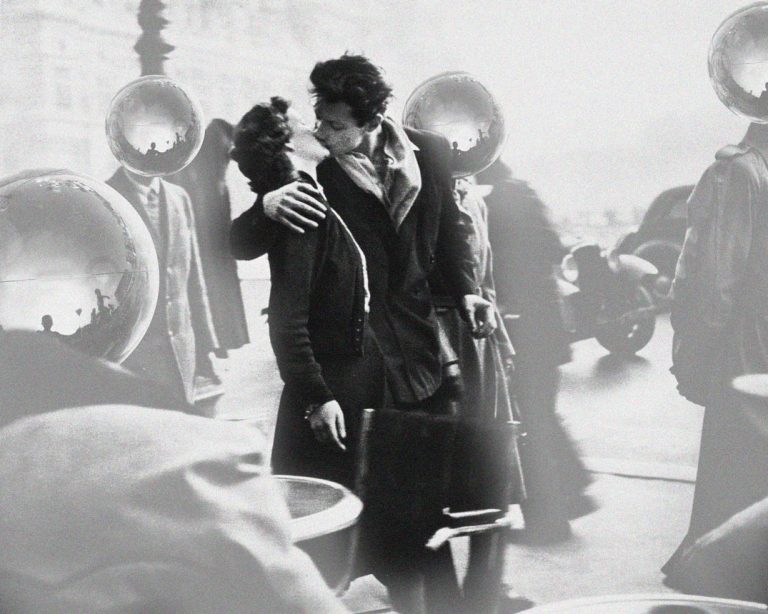 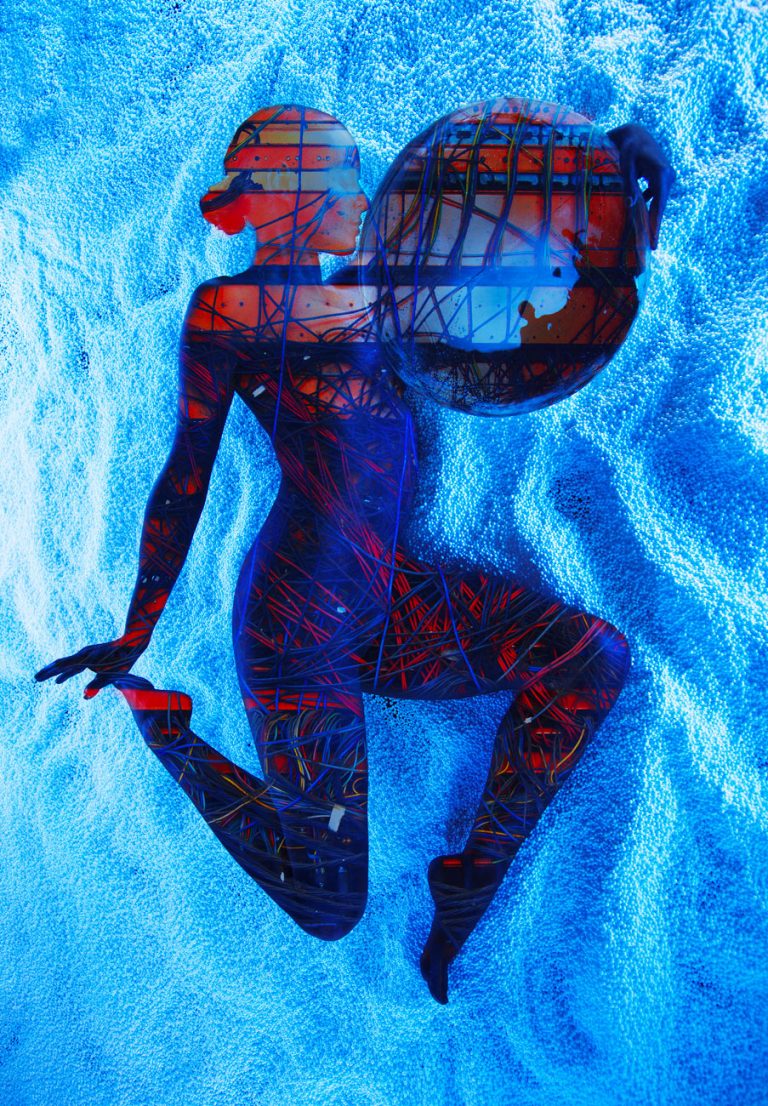 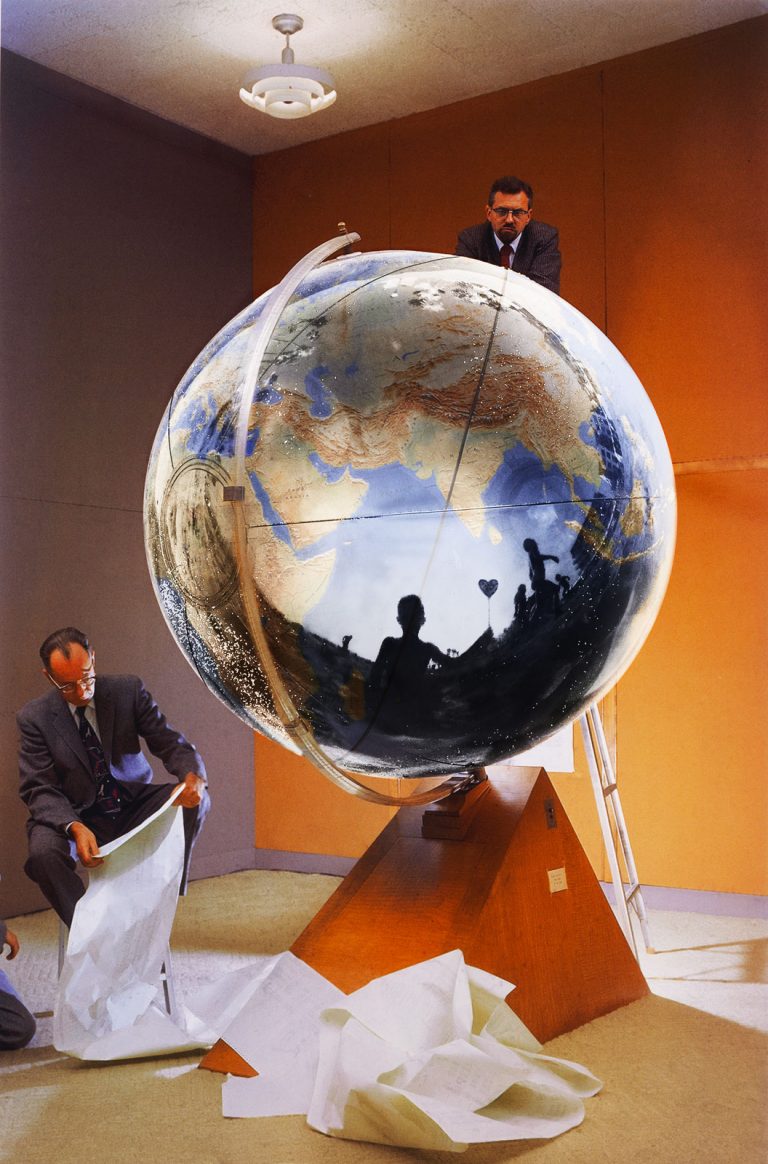 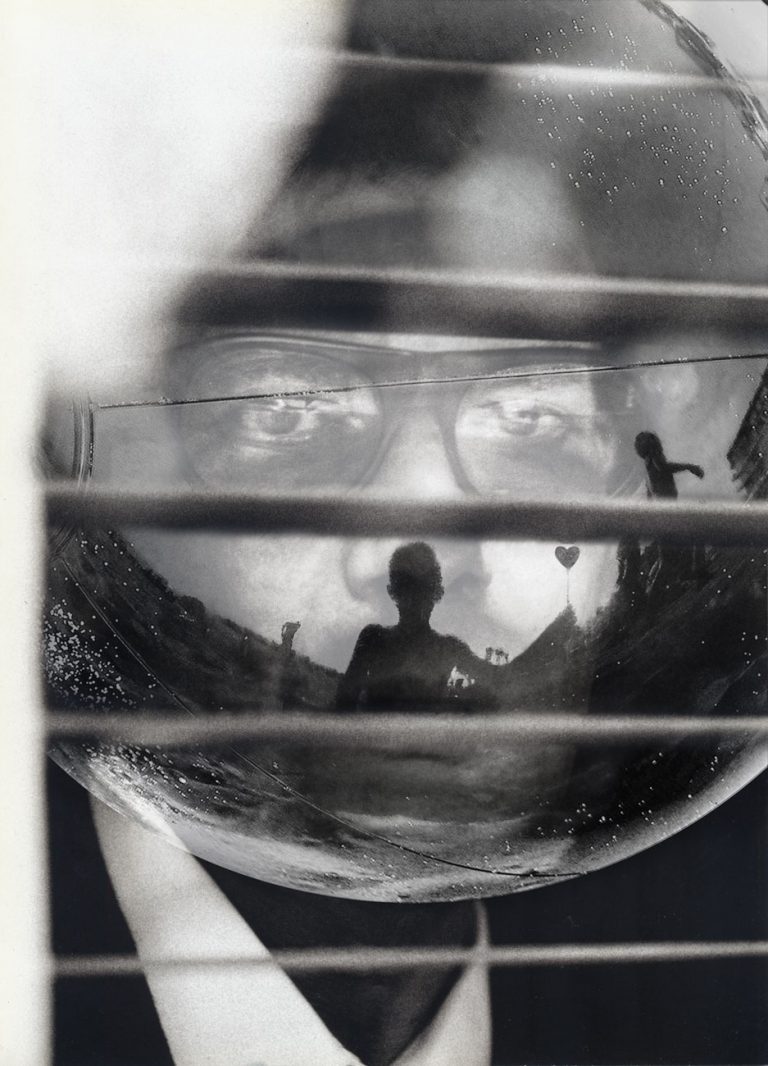 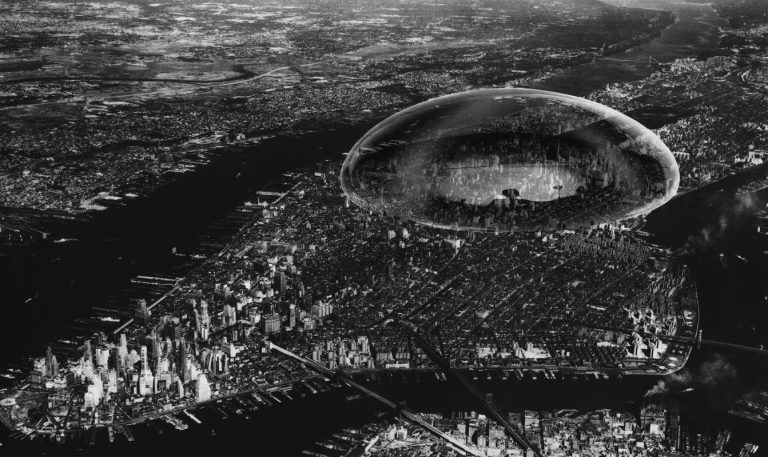