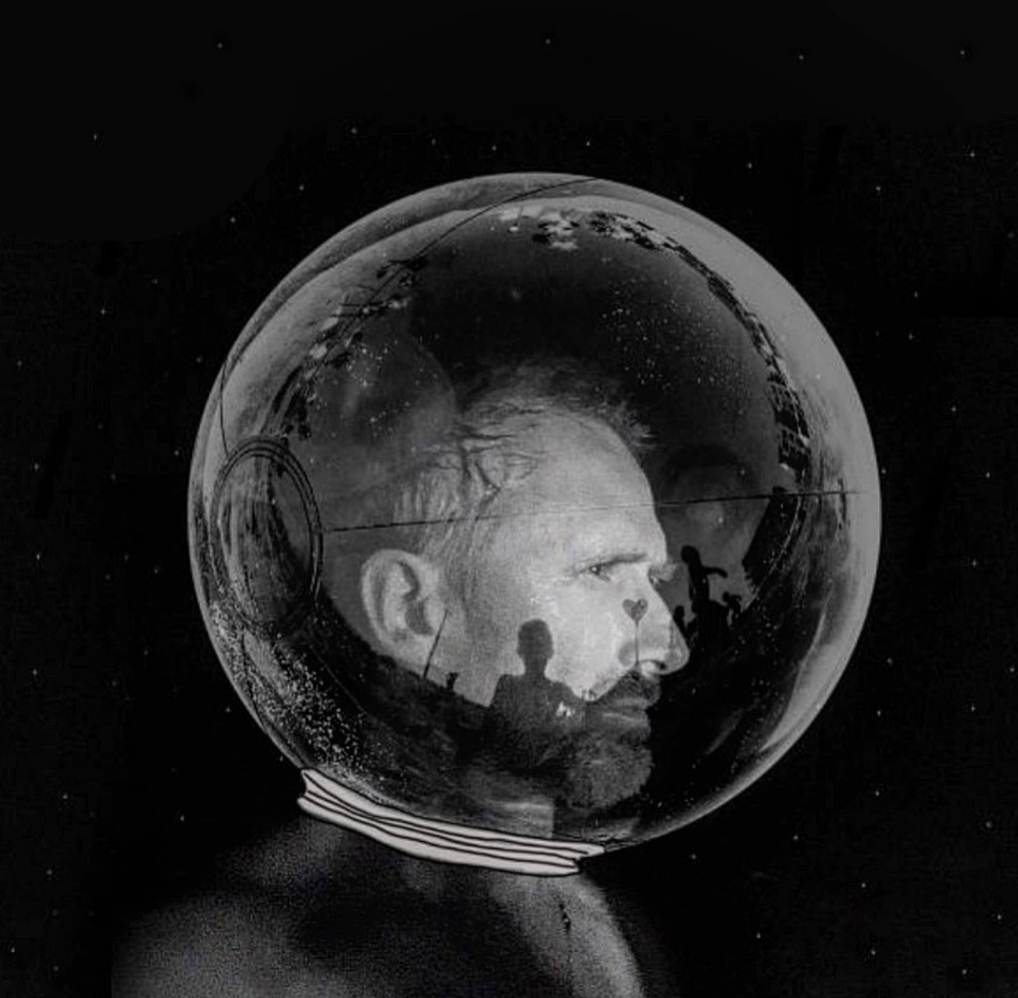 Thierry Gillieaux known as “Tigi Van Gil” was born in 1966 in Brussels, Belgium. Studies at Ephec and graduated in marketing, Brussels 1987-1989. He moved to Paris in 1991 to study fashion at Esmod, graduation in 1993.

After travelling widely and working for ten years, back from New York and still imbued with the energy of the city he achieved his first personal exhibition in october 2009 at the Tigi’ s Lab Factory in Brussels and signed his first book of photos “superposure” published by Michel Husson.

As a photographer and painter, tigi transports us to his fantastical urban and contemporary world, whatever medium or technique he chooses to use.
A world where the imaginary meets technology, abstraction and sensation, a slowed-down of expressionism or speeded-up of surrealism.

You can discover his art on all  the Bshirt Factory (a new way to meet art and fashion) walls decorated around his sphere concept. 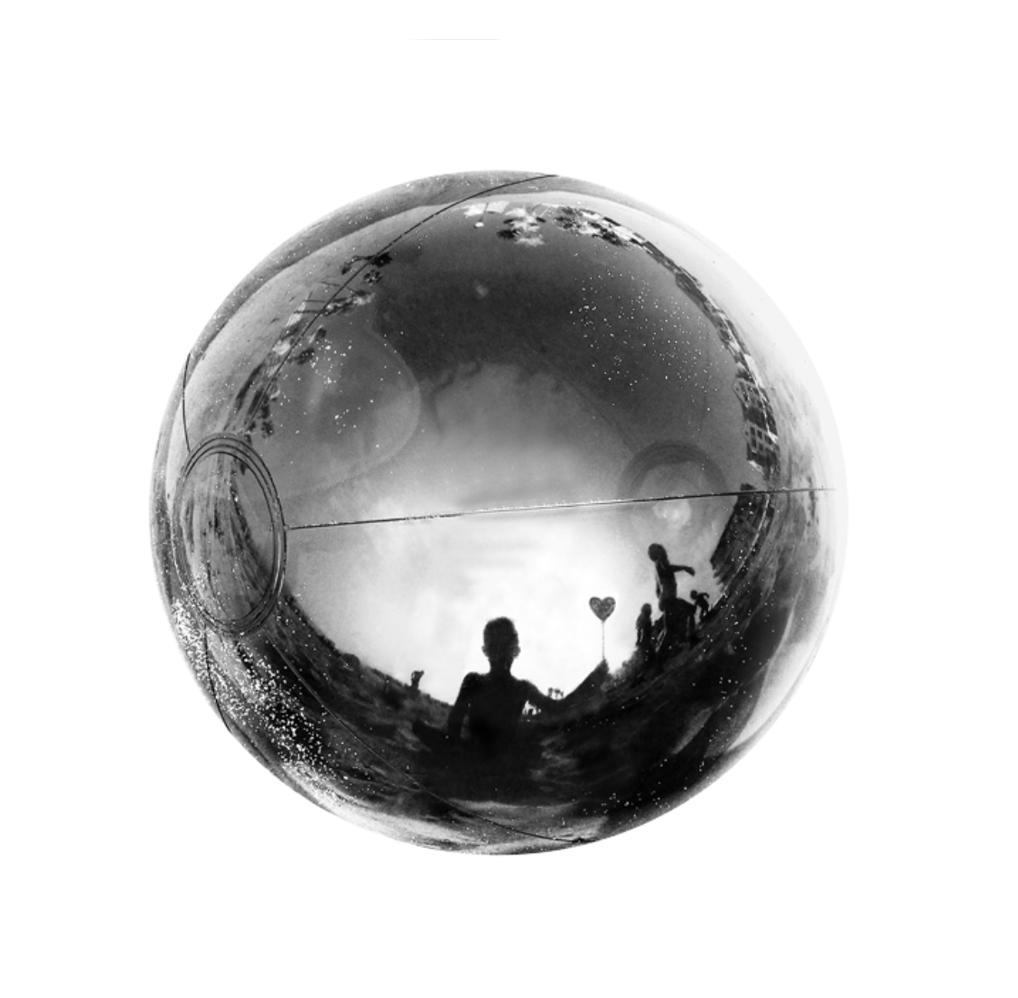 During a seaside holiday in Belgium, while I was bored on the beach, I photographed my reflection in a transparent balloon.
In order to stage my son, I asked him to join me with the paper flower made by his grandmother that he was holding in his hand.
I decided to use this image to turn it into a work of art. While working on this work, I quickly erased my reflection from the balloon to focus on the essential:
“A universal language, the innocence of a child who offers a flower to the world.” 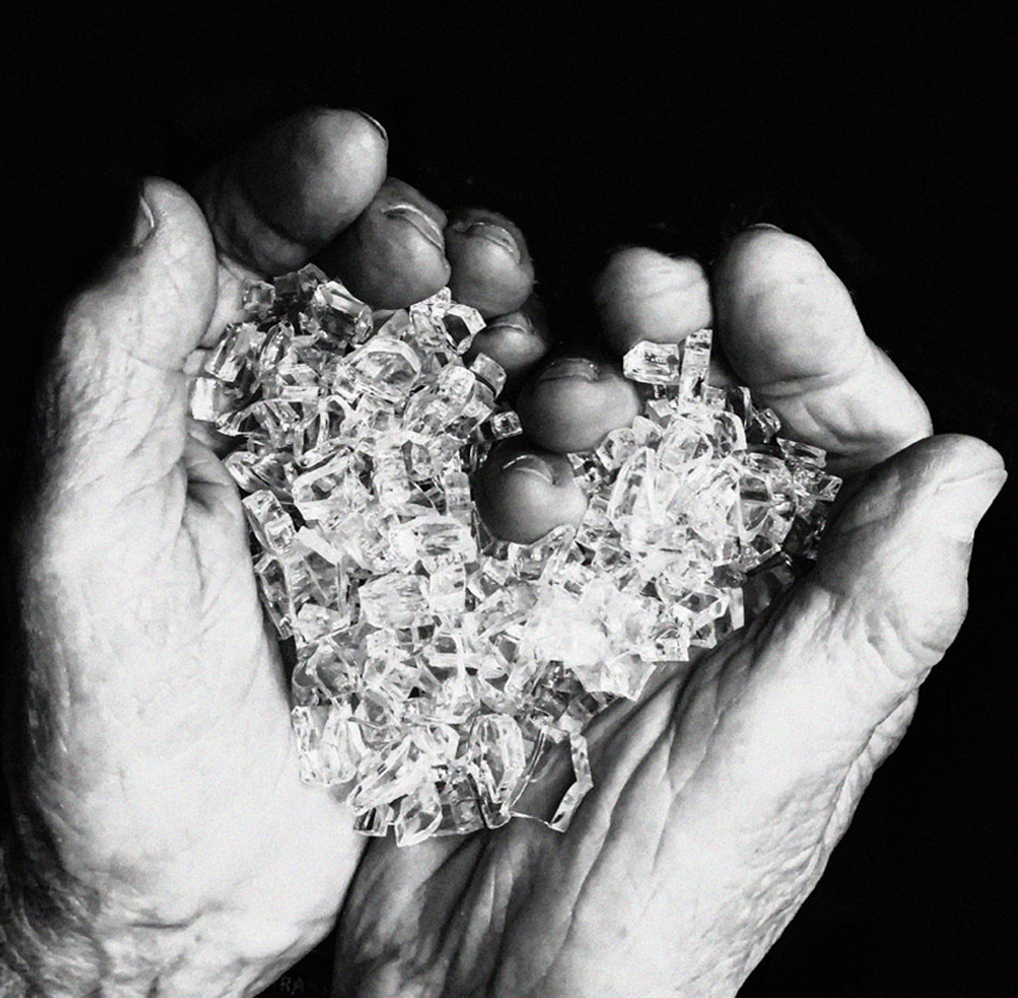 A technology that manifests itself in an interplay of filters and super impositions. Between real and unreal, he opens his world to another dimension, a distorsion. His work is constantly evolving, a poetic work in progress where he uses recycling glass mixed with resin and painting on his pictures, materializing the invisible.
His sphere, which is more than a symbol, became in time his signature like a digital print.
The sphere gives birth also to the sphere man, away to materialize his art into live performance to reach out to people but also to create his own super hero like a dream comes trough. as a child he loved to read at home marvel and dc comics books . 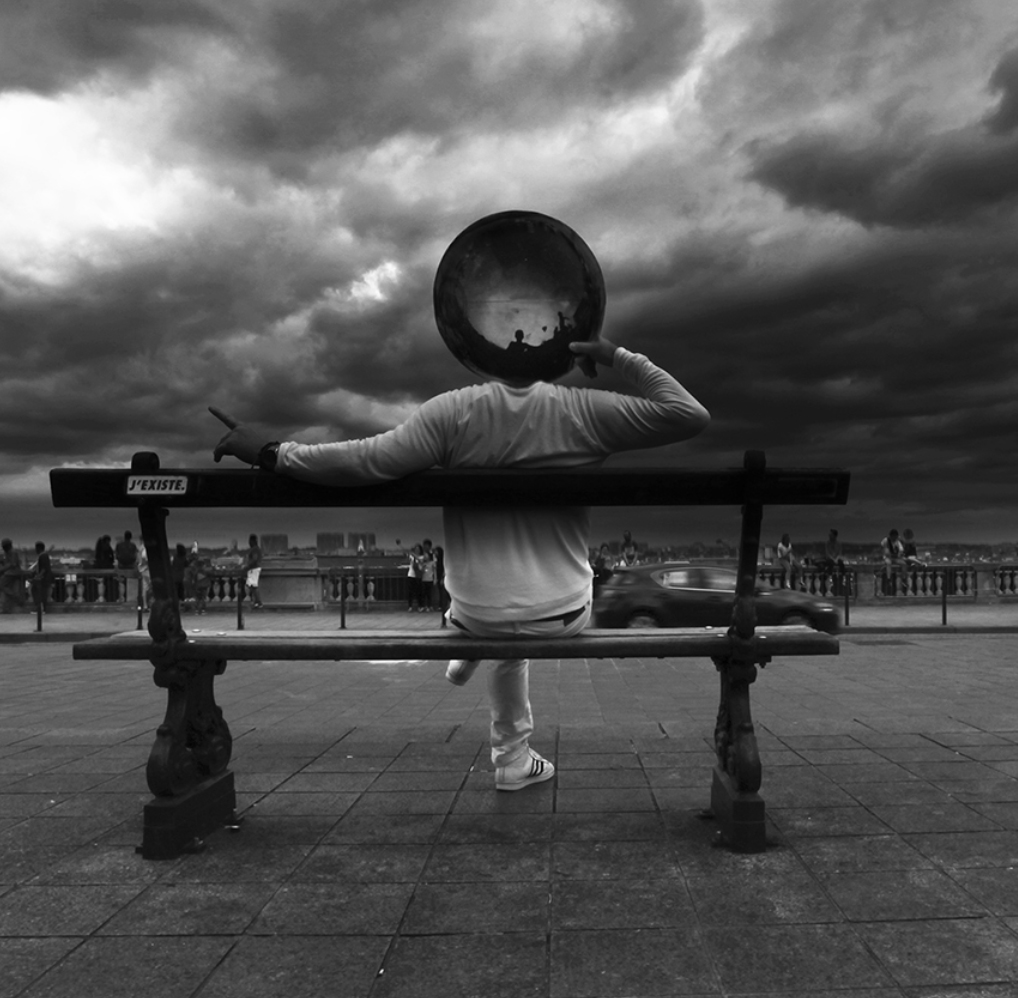 The idea came up during my first “Art Fair” in NEW YORK to create a concept that could grab the attention of galleries.
Very quickly, the idea of giving life to a super hero inspired by COMICS seemed obvious to me … the SPHEREMAN was born!
With each appearance in public, the SPHERMAN knew how to touch the souls of people by shaking their hands!

A NEW JOURNEY WITH EXHIBITIONS AND ART FAIRS

SHANGAI AND THE NEW YORK BIENNIAL.

EXHIBITION AT THE CHASE EDWARD GALLERY THE HAMPTONS NEW YORK